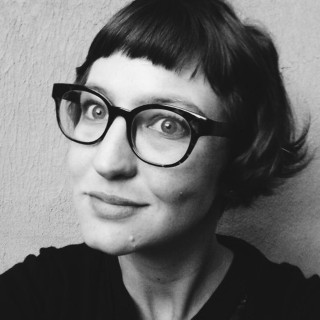 Many English teachers in Korea are accustomed to students casually dropping the “L” bomb on them. But American musician Henry Bloomfield didn’t need confessions of love to write, arrange and perform his schoolboy crush-inspired song “Ms. Mary.”

Impersonating a lovestruck tween, Bloomfield belts the Korean-language hook “I’m so in love with my homeroom teacher” between equally sugary English lines about the fictional Ms. Mary. “This song would be so much cooler if I could say it was about a student who was obsessed with me, but I can’t,” says Bloomfield. “When I’m teaching a class I often wonder what my students are actually thinking about and to what extent they feel for their teachers, so this song was just a lighthearted take on that.”

The humorous nature of the music video contrasts with Bloomfield’s suave looks, confident vocals and the jazzy instrumentals. The coy allure of the lyrics and melody highlight the appeal of Ms. Mary herself, while the immature antics the men get up to in the video seem to be aiming for laughs. It’s all in good fun, though, with the lion’s share of the giggles going to a scene where Bloomfield and the band battle it out for Ms. Mary’s affection using fruit offerings and paper balls as ammo.

A Berklee College of Music graduate, Bloomfield says he was brought up with a jazz background, but that his sound is quite varied and “constantly moving back and forth,” which is something this playful piece of music illustrates well. “With the groove and the horns, my hope is that the song has a retro Motown feel,” Bloomfield says.

Bloomfield was drawn to Korea by the tight-knit Korean community he was in contact with at Berklee. He says the chances of him teaching and creating music in the country would have been pretty slim if it weren’t for the friendships he developed at college. “I met Sung Taek Oh, the band’s drummer, at Berklee, and this completely arbitrary connection has changed the track of my life,” he says.

Soon after meeting Oh, Bloomfield met another person who would end up having a tremendous influence in his life. Bloomfield was in his first steady full-piece band when he met session bassist and music professor, Hoon Choi. “Hoon is my musical mentor.” Bloomfield says. “Since I arrived in Korea, he has helped me so much. I feel like I owe him everything.”

Choi is the bassist on the “Ms. Mary” track. He also connected Bloomfield with Roll the Dice Pictures, who shot the video in an atypical Seoul apartment and the hagwon where Bloomfield works. The same people are involved in Bloomfield’s latest single, “Her Leaves,” which the artist describes as “a more contemplative, smooth-sounding electronic piece.”

And while YouTube may be the easiest place to catch him, Bloomfield also plays shows around Seoul as the front man of The Henry Bloomfield Band. Bloomfield hopes to spend his next stretch in Korea focusing solely on his music while making himself more commercially available to write and arrange for others. He is currently working on his first Korean LP.